Its mission consists in defending and representing arts and crafts professionals and in developing this economic sphere in France and abroad.

The federation initiates important events revealing the vital creativity of arts and crafts studios and structuring this sphere of activity. It creates the salon Salon des Ateliers d’Art in 1949, which later became Maison & Objet. 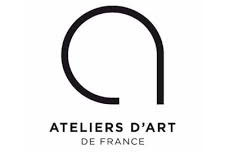 In 2011, the federation is at the origin of an interprofessional structure (UNMA) uniting different federations in order to voice their interests in the dialogue with the authorities.

In 2013, Ateliers d’Art de France launches Revelations, the international biennial exposition of arts and crafts and creation at Grand Palais in Paris.

Ateliers d’Art de France has been a partner of Tupiniers du Vieux Lyon since many years.