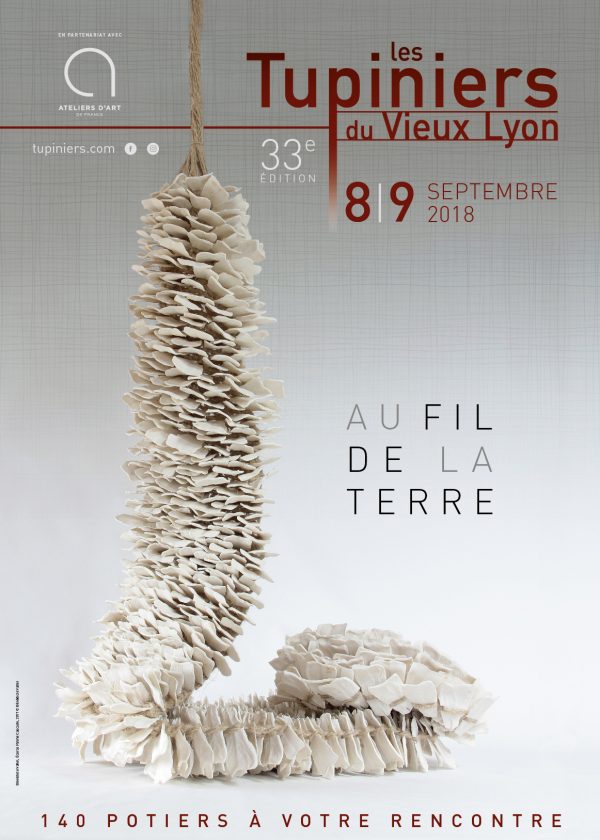 Weaving the soil and spinning the clay

Exploring new complicities, new materials, attempting alliances that at first sight might seem impossible. Many ceramists have sought to push limits of their creation by inventing new artworks associating dirt with other materials from fabric, basketry and embroidery worlds.

In 2014, the House of Ceramics from Pays de Dieulefit made a call to invite ceramists to create pieces in association with artists or craftsmen of the fabric world. This call has generated great enthusiasm, and resulted in an exhibition in the summer of 2015 of about fifteen duo installations. This exhibition was presented afterwards at the Musée de Gap, at Saint-Chamond Arte Diem as part of the Biennale du Design in 2017, and at the initiative of Nathalie Pouzet at the priory of Salaize-sur-Sanne in February 2018. Previously some others ceramists had taken these paths where soil and fiber marry. They have created pieces of art in which their know-how as pair creators and the power of their materials reveal themselves.